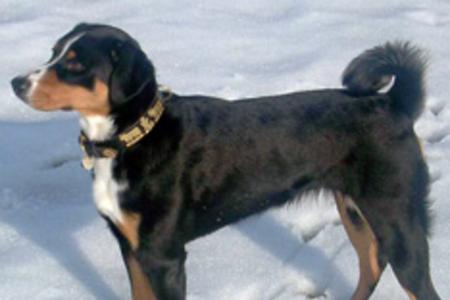 ​The origin of the Sennenhunde is subject to debate. Archelological evidence shows that Spitz-type dogs have been present in the Alps for thousands of years. But many argue that there is no evidence to suggest that the Sennenhunde are direct descendants of these ancient dogs. The Romans, long considered great dog breeders, ruled territory now known as Switzerland for several centuries, beginning in the 2nd century B.C. As Rome’s power faded, Germanic tribes settled in the region and brought farm dogs known as Pinschers. Some researchers maintain that the Sennenhunde descended from a mix of Roman and Germanic breeds.