The Cirneco dell'Etna has been present in Sicily for over 2,500 years and shares a common origin with the Pharaoh Hound and other breeds throughout the Mediterranean basin. As a hunter of small mammals and fowl, the Cirneco is a hardy, compact dog that was successful in hunting under adverse conditions - high heat, on rugged terrain formed by volcanic lava and with little food or water over extended periods of time. The affix "dell'Etna" was only added to the name Cirneco in 1939 when the first breed standard was accepted by the Italian Kennel Club. Etna comes from Mount Etna, the largest active volcano in Europe, situated on the east coast of Sicily and the area with the highest concentration of Cirnechi. 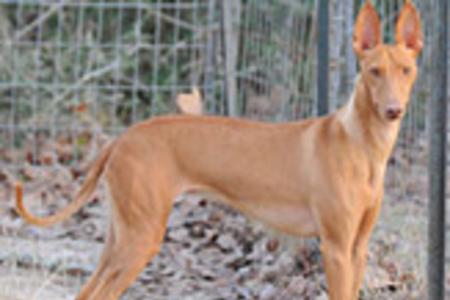