Chinese art throughout the ages, starting with the Tang dynasty of the 8th century, abounds with images of the Pekingese, who gets his name from the ancient city of Peking, now called Beijing. Pekingese were held sacred in ancient China and could only be owned by royalty. At that time, the punishment for stealing a Pekingese was death. Pekingese came to Europe as a result of war. When the British overtook the Chinese Imperial Palace in 1860, they returned home with several of the dogs. 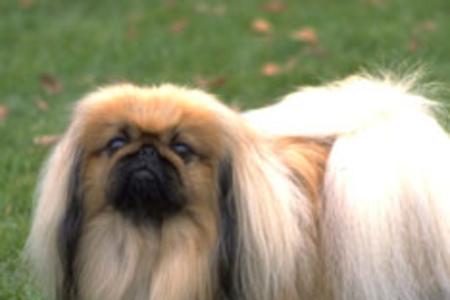