Yorkshire Terriers, affectionately known as "Yorkies," offer big personalities in a small package. Though members of the Toy Group, they are terriers by nature and are brave, determined, investigative and energetic. Named for the English county from which they originally hail, Yorkshire Terriers were used in the nineteenth century to catch rats in clothing mills. Surprisingly enough, in its beginnings, the Yorkie belonged to the working class, especially the weavers; in fact, facetious comments were often made about how the dogs' fine, silky coats were the ultimate product of the looms. Eventually, the breed left the workforce and became a companion animal to families of European high society. 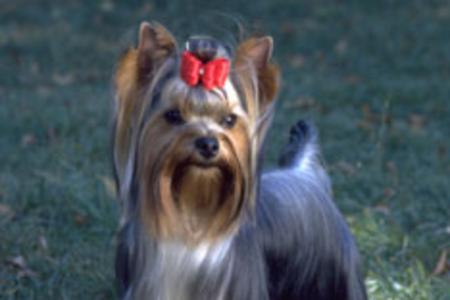